The Great Barrier Reef is the underwater world’s equivalent of London, Paris, Rome and Beijing all rolled into one.

It is a vast coral organism almost as large as California. The Great Barrier Reef encompasses 1,500 miles of tropical coastline, 2,900 reefs and 940 islands and cays.

Over 1,500 species of fish live among more than 400 types of hard coral.  The Reef is also home to 130 species of sharks, six threatened species of marine turtles, 30 species of dolphins and dugongs, and an incalculable number of starfish, sponges, crustaceans, mollusks and others creatures too tiny to fathom.

In 2013, UNESCO warned that unless action is taken to improve water quality the Great Barrier Reef could be placed on the World Heritage list of endangered properties.

Coral reefs are precise, fragile and balanced marine environments. They require a delicate balance of light, oxygen, clear water, nutrients, temperatures and salt. Threats include climate change, pollution and over-fishing but careless divers and swimmers can also cause major damage.

Here are some tips to dive responsibly on the Great Barrier Reef:

Tourism adds millions of dollars to the Australian economy each year. It is a great incentive for the Australian government to protect the Reef and prosecute those who threaten it. By diving carefully and supporting sustainable tourism on the Great Barrier Reef you can help insure its future for generations to come.

END_OF_DOCUMENT_TOKEN_TO_BE_REPLACED 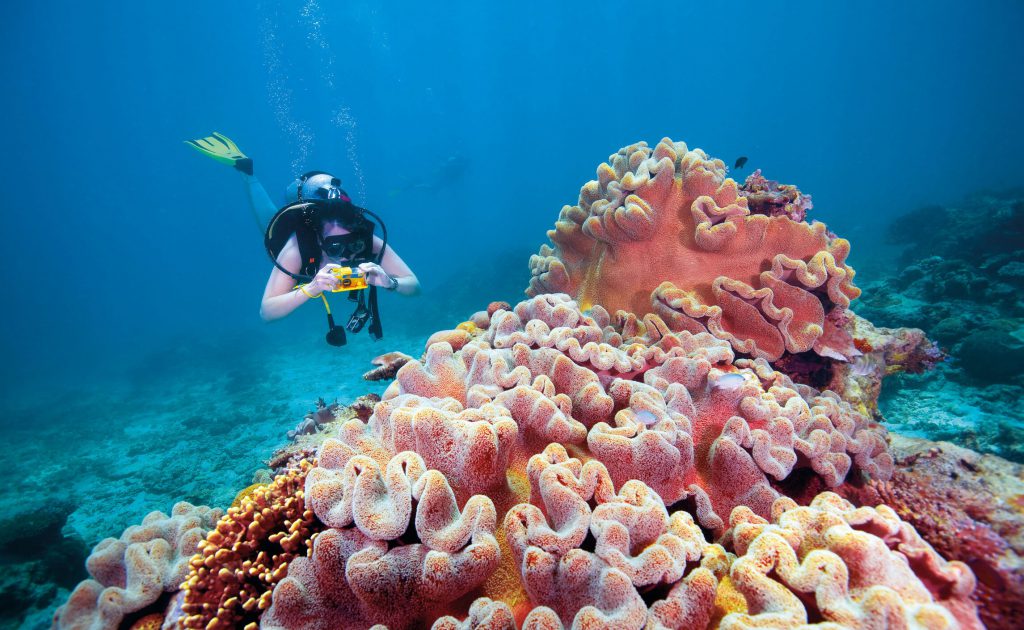